New images have been taken from space and they show the crisis that is currently occurring in the Amazon rainforest. The widespread wildfires have gained the attention of the international community.

The satellite data was collected on August 22 by Brazil’s National Institute for Space Research (INPE). 75,000 wildfires in the Amazon were shown, which is 84% higher than this time in 2018. That is truly an alarming figure but the scale of the emergency is now really being shown by NASA and NOAA. 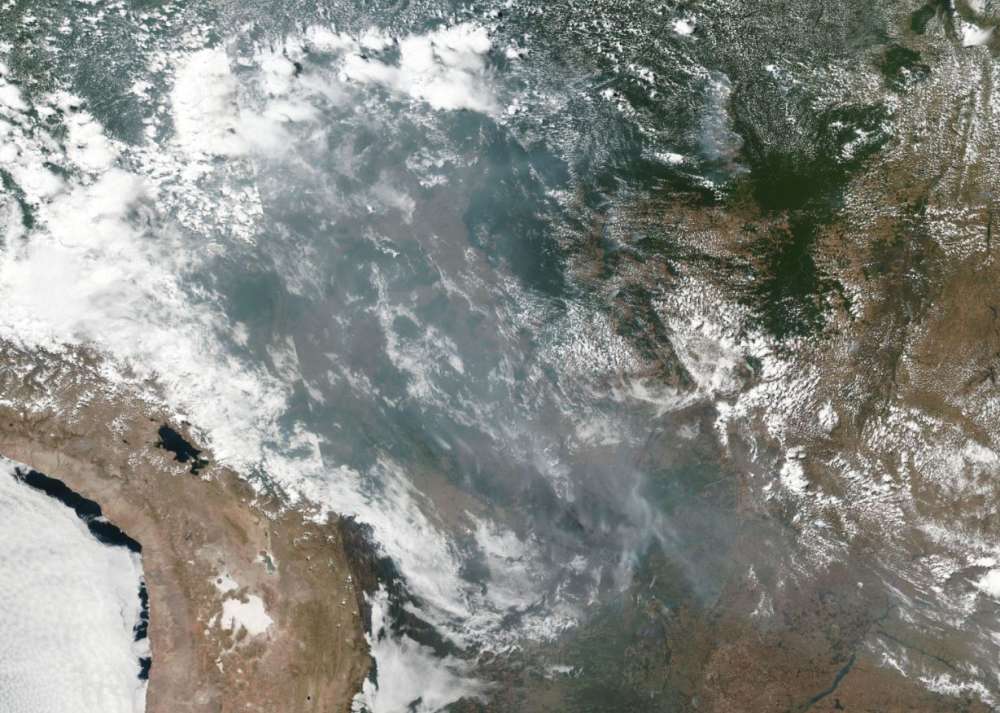 This image, taken from the Suomi NPP satellite on August 20 shows the problem was smoke across Brazilian states of Amazonas, Mato Grosso, and Rondônia. A day before the image was taken, large clouds of black smoke were seen in the city of São Paulo, 1700 miles away from the fires. It was almost as if someone had turned the lights out in the middle of the afternoon. 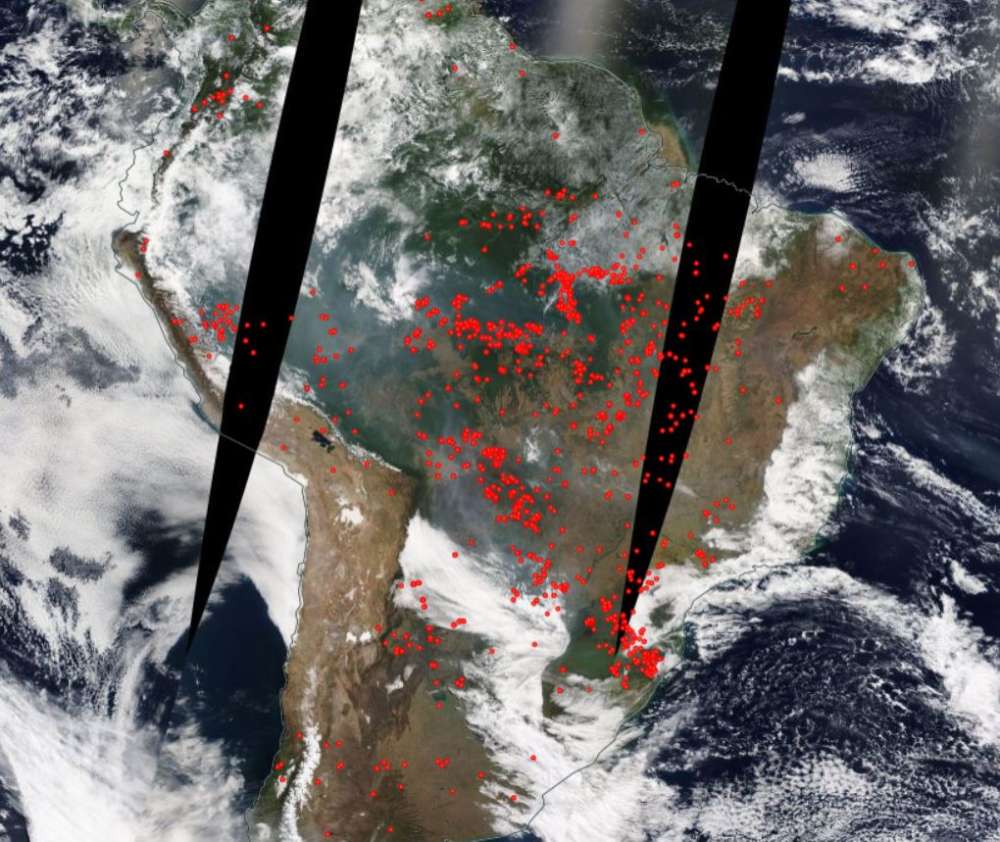 The NASA Worldview instrument gave another perspective of the extent of the blazes. Each red dot in the image seen above represents a ‘thermal anomaly’, which is a wildfire.

It is not unusual for wildfires to occur in the Amazon during the dry season from July till October. Most of them start naturally but the increase in human activity throughout the region is causing the problem to escalate. Some people are seeing burning as an effective means of clearing land for agriculture.

So many #Climate emergencies worldwide, it’s hard to keep up. But #AmazonRainforest burning is stand-out global disaster.
Every red dot below represents a significant fire pic.twitter.com/AZ6IaOO1Pv

Environmentalists are placing the majority of the blame for this unprecedented season of wildfires on Brazilian president, Jair Bolsonaro. He is encouraging farmers and loggers to clear the land by removing restrictions on illegal deforestation.

Bolsonaro fired back at those accusations with his own, saying that NGOs and environmentalists are deliberately starting the fires to embarrass him and the government. There has been no evidence brought forth to back up those claims.

The Brazilian government says that it does not have the resources to handle the wildfires. When you think of how the rainforest produces 20% of the oxygen for the planet earth, this damage could be significant when the dry season ends.