A PE teacher from Sotkamo, Finland, Valtteri Mulkahainen, saw a mother bear with her three cubs when he was walking in a forest near his home. He hid about 50 yards away from the family to see what they would do.

Before long, he was thrilled to watch the cubs “behaving like little children.”

Mr. Mulkahainen told The Standard, “They walked on their hind legs, climbed trees and tried to push each other over.

And then they started to move in a circle – just as if they were dancing. 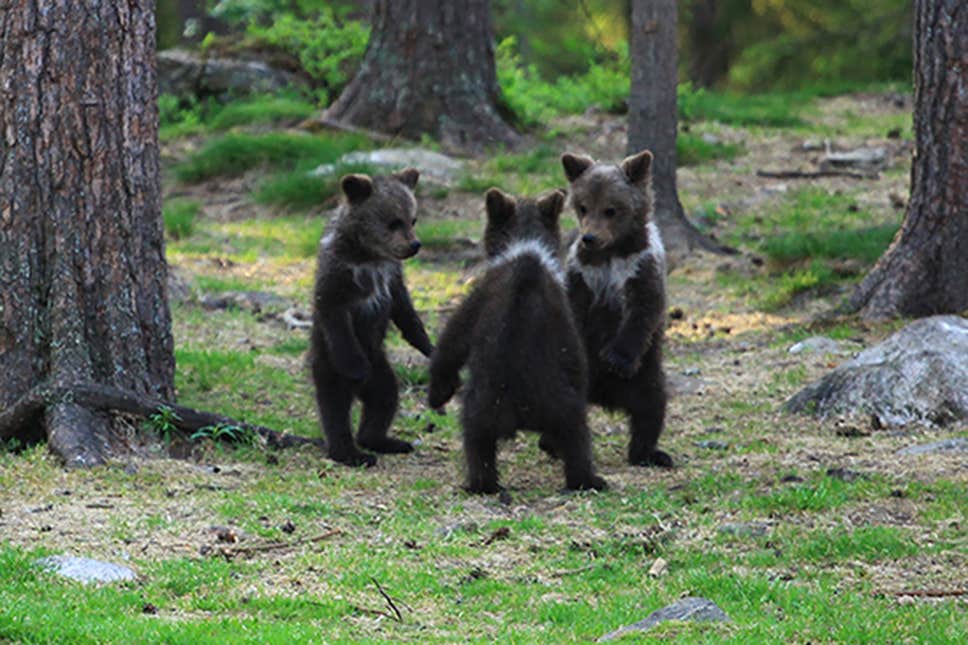 Luckily, it’s a moment I managed to capture.”

The images were shared on his social media pages this week, although the images were actually captured in June 2013. Viewers were quick to talk about the “magical” quality of the pictures.

Mr. Mulkahainen apparently was photographing the cubs all evening and was amazed by their human-like behavior.

“Cubs are very similar to people,” he said. “They have fun like little children in a sandbox.

They play, fight, fight, and then play again – it’s so interesting to watch their games.

Watching them, I felt like they could see me, and wanted to show off their dancing skills.”